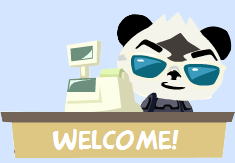 Not A Member? Click on register, it takes less than 60 seconds to register and become part of the family so what are you waiting for?

Join the forum, it's quick and easy

Not A Member? Click on register, it takes less than 60 seconds to register and become part of the family so what are you waiting for?
Would you like to react to this message? Create an account in a few clicks or log in to continue. 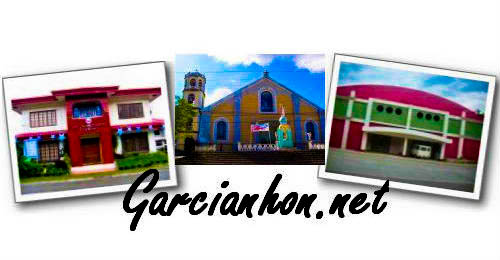 You are not connected. Please login or register

Join date : 2012-11-29
Boholanos have the reason to rejoice as the sacred image of the second Filipino saint, St. Pedro Calungsod, who is a Visayan canonized by Pope Benedict VI in Rome on October 21, 2012, is arriving on board a chopper at the CPG Sports Complex at 10:00am today.
Bishop Leonardo Medroso will officiate the liturgical reception at the St. Joseph Cathedral where the image will be brought from the CPG Sports complex where devotees and church leaders led by Msgr Jeffrey Malanog, vice general of the Diocese of Tagbilaran will be on hand to for the weclome reception upon arrival at the sports complex this morning.

Since today also marked the observance of Christ the King, Bishop Medroso will officiate the Holy Lass at 10:30 this morning at the Cathedral

It maybe noted that Bishop Medroso personally attended the canonization of Calungsod in Rose last month with 45 pilgrims, all from Bohol.
Veneration of image will commence at 12 noontime today at the left wing of the Cathedral. Regular Sunday masses will resume at 2pm today.

A solemn High Mass in honor of St.Pedro Calungsod will be officiated at 8 o'clock tonight at the Cathedral with Msgr. Malanog as the main celebrant. This will be followed with veneration of image and the vigil. Holy Masses will be officiated at 12 midnight and 3am tomorrow.
A Pontifical Mass will be officiated by Bishop Leonardo Medroso at the Cathedral at 6:00am tomorrow. By 7:30am, the image will leave for the Diocese of Talibon passing through Mansasa junction, Baclayon, Alburquerque, Loay, Lila, Dimiao, Valencia and Garcia Hernandez.
Tomorrow's motorcade will bring the image of St. Pedro Calungsod to the St. Michael the Arechangel Church in Jagna town which is already part of the Diocese of Talibon.
In an interview by the Chronicle last night, Msgr. Alberto “Abet” Uy, parish priest of St, Michael the Archangel parish in Jagna, said that all preparations are already set for the four-hour visit of St. Pedro Calungsod's image inside Jagna church tomorrow.

Uy said that the parishioners will meet Calungsod's relic at Brgy Can-Uba which is the boundary of Jagna and Garcia-Hernandez around ten o'clock in the morning. The image will then be turned-over from Tagbilaran Diocese to the Diocese of Talibon
The image will be brought inside Jagna church where a Holy Mass will be celebrated at 10:30AM with Msgr. Orencio Jubac, E.V, as the main celebrant and Uy as the homilist.
A public veneration to the image of Calungsod will follow after the mass and is scheduled until 2 o'clock in the afternoon.
Uy expects thousands of Calungsod devotees will flock the church of Jagna tomorrow because other parishioners from the towns of Duero, Guindulman and Anda are expected to be present.
At 2PM, the image of Calungsod, in a motorcade, will be brought to the Blessed Trinity Cathedral in Talibon town.

Uy explained that the quick visit of Calungsod's image in Jagna was due to the fact that the Visayan saint has his Shrine in Brgy. Malbog Jagna which is over-looking the town. The Calungsod Shrine has been erected since 2005 when Calungsod was still blessed (beato).
Uy added that it was Msgr. Jubac, former Jagna parish priest and now a resident priest in the town, who led the erection of Calungsod's shrine. He further added that Jubac was commissioned by Talibon Bishop Christian Vincent Noel, DD, to be the diocesan head of Pedro Calungsod commission.
Uy and Jubac led some 54 parishioners from Talibon Diocese, including 9 Jagna-anons,and others from Cebu attended the canonization of St. Pedro Calungsod at the Vatican City last month.
From Talibon, the image will be brought to Getafe enroute to Cebu City.
The National Thanksgiving Mass on Nov. 30 will be held at the South Reclamation area in this city.
The Duaw-Nasud for Visayas and Mindanao caravan for San Pedro Calungsod started in Cebu City to the town of Allen, Northern Samar on Nov. 11, 2012, then to Legaspi city to Matnog, Albay province the following day (Nov. 12). On Nov. 13, the saint will be in Catarman and Calbayog City and Catbaogan, all in Samar and in Palo, Leyte the following day (Nov. 14). After Palo town's visit, the saint will be in Ormoc City, Leyte and in Maasin City and San ricardo, Southern Leyte on Nov. 15, 2012.

In Mindanao swing, the visit included Surigao City on Nov. 16, 2012; Butuan City on Nov. 17, 2012; Cagayan de Oro City on November 18, 2012; Iligan City and Pagadian City on Nov. 19, 2012; Ozamis City, Misamis Occidental on Nov. 20 and Dipolog City, Zamboanga del Norte on same day (Nov. 20, 2012); Dapitan, Zamboanga del Norte on Nov, 21, 2012; Dumageute City, Negros Oriental and Kabankalan and Bacolod City, all of Negros Occidental on Nov. 22, 2012; Jaro, Iloilo on Nov. 23, 2012; and San Carlos City on Nov. 24, 2012.
According to the accounts, “Pedro Calungsod was a teenage lay Catholic Christian from the Visayas in the Philippines who serve(d) the Jesuit Missions in the Marianas as a catechist and helper from June 16, 16668 until his death on April 2, 1672. Like many catechists and helpers of the missionaries, he was the silent and humble minister who did his duty faithfully and had no historians to tell his deeds to future generations.”
“His family is unknown. His background is unrecorded. His name appears only in the document on the martyrdom of Fr. Diego Luis de San Vitores, S. J., the Spanish superior of the said Mariana Mission with whom he was killed. Pedro was the lone companion of Fr. Diego in the early morning of Saturday, April 2, 1672 at the village of Tomhom, on the island of Guam in the Marianas when two natives killed them one after the other ---- first Pedro Calungsod, then Fr. Diego ---- with spears and a blow of a cutlass and threw their bodies into the deep ocean for being Christians, for catechizing the Mariana natives and for administering the Sacrament of Baptism. Their bodies were never to be found again. The documents state that Pedro could have defended both himself and Fr. Diego is only he were armed but he did not carry any weapon out of obedience to Fr. Diego, who prohibited it among his companions. The documents also point out that Pedro could have run for his life if he wanted to but he preferred to stay and die with Fr. Diego.”

Join us in the Chatroom for loads of chatter about anything and everything including the latest spoilers, quizzes, games and much more.

You can find the chatroom here at the bottom of the page, just click the "Login" button on the top of the Chatbox to load the chatroom.

If you wish it, you can support GARCIANHON.NET by doing a donation, and become an actor of this forum. All your donations will guarantee the continuity and the quality of GARCIANHON.NET

If you need any help with features, finding things around the forum, questions or comments..or whatever it is, our moderators and admins are always here to help you in anyway they can, so please call upon them!

While your here why not also visit some of our friends websites also, all packed full of fantastic content!

Want to be featured here in our list? Then contact the Admin today for all the information!